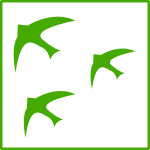 Based on the premise that positive relationships between middle and high school students and their teachers can lead to better educational outcomes, “Creating birds of similar feathers: Leveraging similarity to improve teacher-student relationships and academic achievement,” by Hunter Gehlbach, Maureen E. Brinkworth, Aaron King, Laura Hsu, Joe McIntyre, and Todd Rogers, focuses on a simple intervention aimed at making meaningful similarities evident. This Harvard Graduate School of Eduation study was done among students described as “underserved.” Differences among such students and their teachers are often even more acute than is more typically the case, as teachers in such settings do not often share a similar background, race, or other important cultural or identity characteristics with their students.

Gehlbach and his research team administered “get-to-know-you” surveys among students and their teachers. These brief surveys featured questions about sports preferences and valued qualities in a friend. The researchers then took four approaches:

1. Not sharing results with students or teachers

2. Sharing results with students but not their teachers

3. Sharing results with teachers but not their students

4. Sharing results with students and teachers

Five weeks after the initial survey, participants responded to another survey that assessed the impact of awareness of these similarities. The results revealed that when teachers and students learned what they had in common with each other, they perceived themselves as being more similar. As well, when teachers learned that they shared commonalities with their students, they rated their relationships as more positive; when teachers received similarity reports about what they had in common with a randomly selected group of students, those students earned higher grades in the class.

The takeaway: taking an approach such as this emphasizes the critical role that relationship-building and social-emotional learning can have in increasing student achievement.